Over the years we have curated large collections of online documents that have been organized according to "learning intentions" and key questions applicable directly to the History of Quebec and Canada program.

Direct access to folders of resources has no been removed, and they are being transferred and embleshed with new texts, media and activities on our new Secondary History Student site here.

If you see anything in the teacher section here that has not made it to the student site, contact Paul R at prombough@learnquebec.ca for access.

Below are a series of badges for the I.O.s in history and geography that you can hand over to students as they practice the operations, and as they become proficient in using them in different situations. They were originally prepared by the RECITUS team.  Their French versions are now available via Go to site

Notes about these guides and in particular the use of badges.  While they do allow the teacher or student to illustrate concretely an abstract intellectual operation, they are not instruments of evaluation. Rather, they might help students assess where they are in their appropriation of one or other of the intellectual operations. Finally, they could also be used as tools to inspire and motivate students,  in gaming strategies in class, a playful learning tool, or as just one teaching medium among many others. It is up to teachers to define an appropriate distribution system.

Also note that the separate English badge images used in the guides are available here: Download

New for 2021:  Elementary-level badge guides with additional sample worksheets are now available on the Societies and Territories web site. Go to site 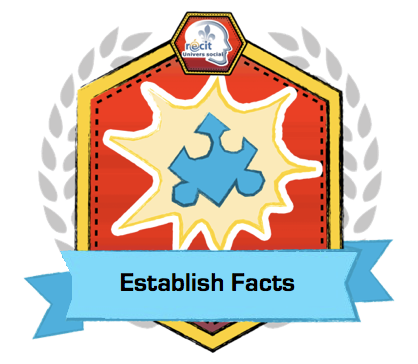 Establish Facts
The student must identify an actor, a group, an action, a measure, a role, a territory, an economic activity, a phenomenon. 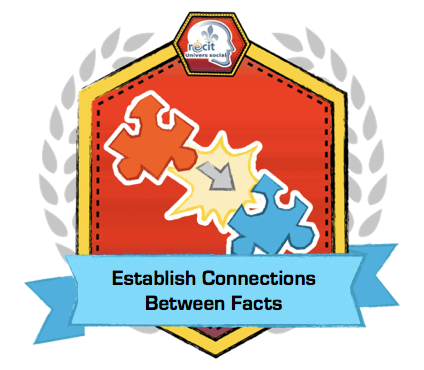 Establish connections between facts
The student must associate demonstrations or descriptions with facts that are related to them. 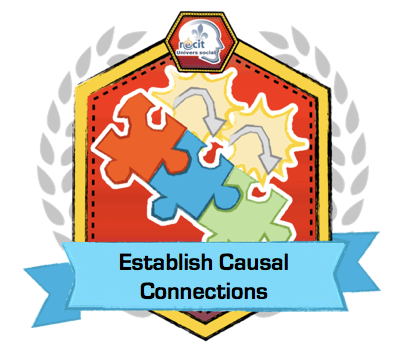 Establish Causal Connections
The student must demonstrate the causal link between the specified elements. 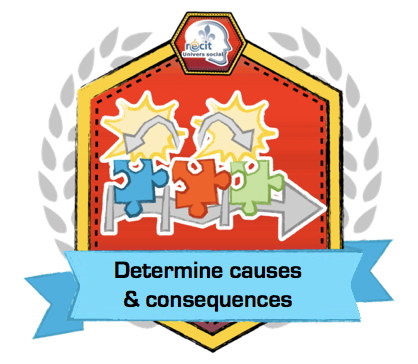 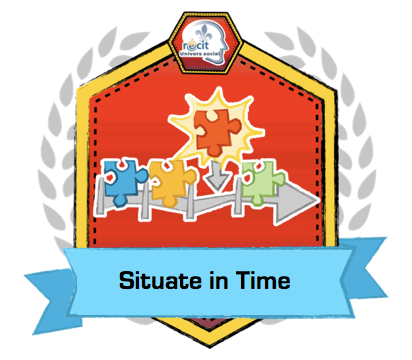 The student must chronologically order facts taking into account time markers. It must situate a fact or set of facts on a timeline. It must classify facts according to whether they are earlier or later than a time marker.

Situate in Space
The student must situate geographical elements, facts or territories in space.
Guide to come. 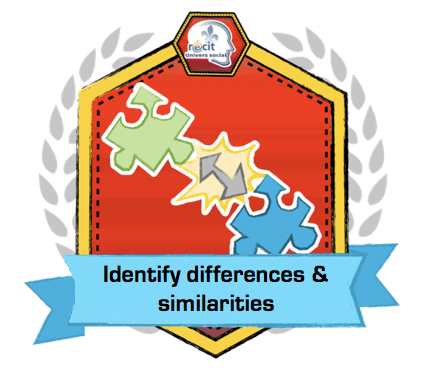 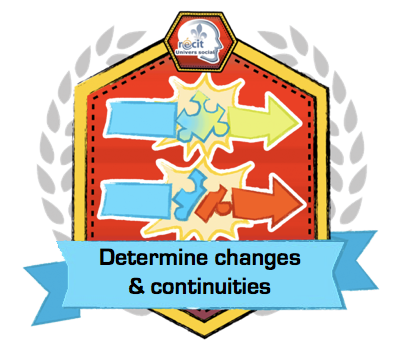 Determine changes & continuities
The student must identify a fact that shows that a historical reality is being transformed or maintained.

Tour our How-To's section to brush up on various skills in Social Sciences and beyond!

Here is a list of Social Science How-To's that could help you with some techniques in your subject.

Historical Essay: What is it?