LEARN and partners have created and curated many web-based resources and activities in support of the Quebec & Canada History program. As well, English adaptations of some original RECITUS tasks and evaluations are also available.

Update:  As of May 11th 2022, all of the LEARN/RECITUS document collections and other resources listed below are publically available via our developing Secondary History Student Site.  Please visit that site then navigate using the time period pages, the teacher sections in the top menu, and in teacher sections at bottom of corresponding student pages.

The older Communauté Histoire du Québec et du Canada will close in June 2022, and any old links below will be removed then too.

Origins to 1608: The experience of Indigenous peoples and the colonization attempts

#1  Why do people move?  How does geography affect settlement?
Teacher docs on Asian Migration, Indigenous Territory and Social Structures, via the Sec 3/4 Community  Go to site

.   Note, we now have a page for this section here on the new student site!

#5  Warfare and fate of prisoners.
Teacher docs on Sec 3/4 Community Go to site

Indigenous territory before the arrival of Europeans  Go to site

The Society of the Iroquoians  Go to site

The Algonquian Society  Go to site

1608-1760: The evolution of colonial society under French rule

Time Period:  1608-1760
Social Phenomenon:   Evolution of colonial society under French rule
Students will  grasp the perspective and contribution of various actors and describe what happened at the time of New France (C1).  And while considering multiple perspectives, students will interpret "The evolution of colonial society..." explaining relations with France, considering various aspects, and  analyzing changes and continuities and causes and consequences (C2).

NOTE:  Preview pages and access to the History community is no longer required to access many of these collections.
Visit instead the 1608-1760 period page on the new Student Site

Time Period:  1760-1791
Social Phenomenon:  Conquest and the change of empire

Students describe what happened during the time when the colony was called the Province of Quebec, before the passing of the Constitutional Act (C1).  They interpret how the change of empire affected colonial society, considering changes, the interaction of various aspects of society, and multiple perspectives (C2).

Note:  These collections are no only available to Quebec teachers in the Sec 3 and 4 community.

LEARN document collections (many with activities and tools)

# 25  American Revolution:  Causes, and letter to Canadiens   Go to site

The American Revolution and the Province of Quebec  Go to site

Students describe what happened in Lower Canada before the passing of the Act of Union (C1), and explain the rise of nationalism in a colony seeking political autonomy (C2).

NOTE:  All the collections in this period have now been located in the Secondary 3 and 4 community space at education-histoire.quebec

# 29  Economic Changes and the Fur Trade Go to site

The following packages are next on our list.  Feel free to contact me to see if we have started in on any!   (prombough@learnquebec.ca)

# 38  Immediate Causes of the Rebellions

for working class ...at the end of the 19th Century? Go to site

1840-1896 The formation of the Canadian federal system

Here you can access LEARN document packages, and RECITUS tasks, for the first period in the current secondary  4 course.  Note: These documents are only available to members of the education-histoire.quebec community.  Log in will be required. (see above).

(#0) Act of Union document collection
For learning intentions on the Legislative Assembly, Lord Durham, Territory, and Changes/Continuities.  Go to site

You can still ccess the extended Google version including additional documents via the community:  Go to site

(#3) The Role of the Catholic Church
For learning intentions like characteristics of Ultramontanism;  of Anticlerical Liberalism;  of survival nationalism. Go to site

(# 7) British North America - Conferences & Debates
For Learning Intentions on the Charlottetown & Quebec Conferences, and to evaluate the positions both for and against Confederation. Includes a translation and expansion upon the RECITUS task "Pour ou contre le projet de Confédération canadienne?"  Go to site

(#10) - Red River and Northwest Rebellions
For learning Intentions on causes and consequences of the settlement of Red River, main points of the Indian Act, consequences of the National Policy on the Metis, and the relationship between the Canadian government and Aboriginal people in the 1880s. Go to site

(#11) Women in Victorian Canada
For learning intentions on the legal status of women in the 19th century, why women began to organize, and the impact of English-speaking women’s organizations in Quebec.  Go to site

Montreal, industrial territory:
How did industrialization transform the territory of the city of Montreal in the second half of the 19th Century?  Go to site

The Dairy Industry:
Impacts of industrialization and urbanization on the dairy industry?  Go to site

For or against the Canadian Confederation Project?
As mentioned above this RECITUS task was translated and inserted into the document collection: British North America - Conferences & Debates  Go to site

Task 2: How to distinguish opinions of Ultramontanes and Anti-clericals?  Go to site

Note that these two tasks are usable in combination with LEARN (#3) The Role of the Catholic Church above.

Other translations of RECITUS tasks that could also be usable for this period:

Working conditions for working class ...at the end of the 19th Century? Go to site

The National Policy  Canada pull out of the economic crisis of the 1870s?  Go to site

British Empire How far should Canada go in supporting it or asserting its autonomy? Go to site

Original RECITUS documents and tasks in French
Note that the above, as well as many other RECITUS tâches for the Nouveau programme d'histoire de 4e secondaire, are publically available in French on their main document site:  Go to site

New:  A Secondary History Student Site.  Note that we are now building a student resource site to bring original texts, new activities, and  documents listed below to students via a public platform.  Please survey the new Secondary History Student Resource Site section for this period, since it will quickly surpass the resources below:   Go to site

British Empire: How far should Canada go in supporting it or asserting its autonomy? Go to site

What are the socio-economic characteristics of the period 1896 to 1945? (Comic strip activity) Go to site

Cold War - Who was responsible for the start of the Cold War?  Go to site

RECITUS:  Role of the state in Quebec society during the Duplessis era?  Go to site

RECITUS:  The intervention of the Quebec State (RECITUS)  Go to site

Note that the above, as well as several other RECITUS tâches for the Nouveau programme d'histoire de 4e secondaire, are publically available in French:  Go to site

What are the points of view of historical actors on issues in society 1980-1990?
Go to site

Note that many tasks and document collection are available in French here.

RECITUS Questions and Evaluations in English

Occasionally we translate RECITUS document collections, tasks and most recently some of their evaluations.   They are then stored on the Secondary 3/4 Communauté Histoire du Québec et du Canada. (Go to site

)   Direct links to these resources are below.

Review Slides (Synthesis for Origins to 1840)  Go to site

Short questions - Period of 1980 to our times  Go to site

Recently shared on the community by Daniel Hedges, a consultant at SWLSB, is a large project whereby recycled and recently created MEES-style exam questions have been organized according to course time periods.  The links below lead directly to the questions posted to the Secondary 3/4 Communauté Histoire du Québec et du Canada.

Note:  These are links midway to sections in rather long documents.  Scan all the way to the bottom for extra exams and resources.  ;-)

Below you will find various Ministry of Education program and evaluation documents for the Secondary Social Sciences domain.  (Contact Paul R. if you find broken links!)

(Or view PDFs for Four credits

Note that the Ministry (MEES) Programs of Study page, where you will find these "General Education" Secondary School Programs and older programs too, is now online here:  Go to site

(Or view PDF's for Four credits or Two credits)

History of Quebec & Canada.   (See instead "knowledge" within the program Download

Below are links to the individual evaluation frameworks.  You can also visit the main MEES site and browse by subject to review them  Go to site 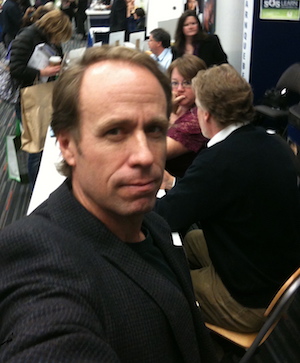 My main dossiers at LEARN include:

Social Sciences at all levels

© 2022 LEARN. All rights reserved.
PLEASE SIGN UP
TO RECEIVE OUR NEWSLETTER LEARN News, tools and resources, delivered 9 times a year to your inbox. Thank you!
Please check your e-mail
to confirm your subscription. YOUR EMAIL ADDRESS (REQUIRED) YOUR FIRSTNAME (optional) YOUR LASTNAME (optional) I AM an educator a student a parent a community partner SUBSCRIBE Please provide a valid e-mail address Please specify who you are